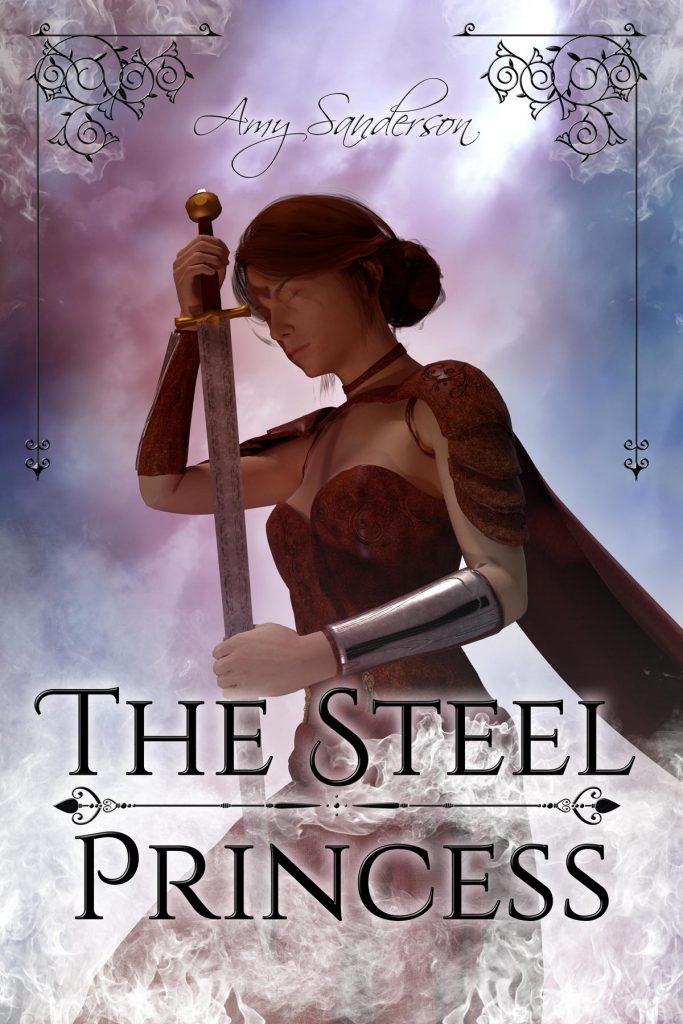 Born a princess. Made an assassin. Fated to change the world.

Skye was never meant to rule. The third child of Eskeleth’s king, it’s her place to practice the skills of war and death, to protect her country and the older sister who will be queen. She’s spent six years learning the ways of an assassin, preparing to do just that.

Disaster has befallen Eskeleth’s royal family, though, and Skye is next in line for the throne. For the sake of her people, she must return to a land plagued by ghosts – and bordered by a rapacious Empire – to fight for her crown against a Council that will do anything to keep her from it.

Because if Skye is to rule, she must overcome an ancient prophecy, one that promises Eskeleth’s end in blood and fire. To save her kingdom, she will need to be princess and assassin both, or everything she’s ever known will be destroyed.

You can find ‘The Steel Princess’ at various retailers by following this link.