Home Books Flight of the Lady Firene To Drown In Dreams

To Drown In Dreams

Arjipur: a jungle haven built by pirates, exactly the sort of place Fleet Manteios and her brother Daryus should feel right at home – and somewhere they could make their fortune, if half the city wasn’t out for their blood.

Not only has Daryus made enemies by dabbling in the trade of the semi-magical drug gilgesh, but he and Fleet are about to run into an old enemy. Caria Maharin is an enforcer and head of the notorious Midnight Division – and she’s also the former owner of the airship Lady Firene. Nor is she the only one with an interest in the ship, or its crew: Arjipur has a new admiral, commandeering airships in the name of a war against an unknown enemy, and he’s got the Lady in his sights.

As Fleet fights to protect her brother, her ship and the city, she’s faced with a conundrum of her own: there are two very different men in Arjipur, both dear to her, and she’s going to have to decide where her heart lies. 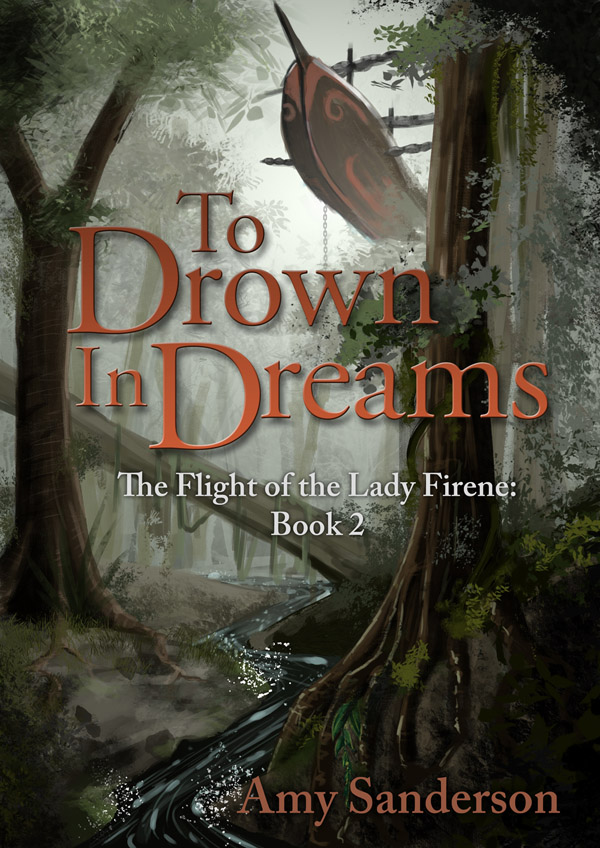 The second book in the Flight of the Lady Firene, available now.