Home Books Flight of the Lady Firene The Sky Below 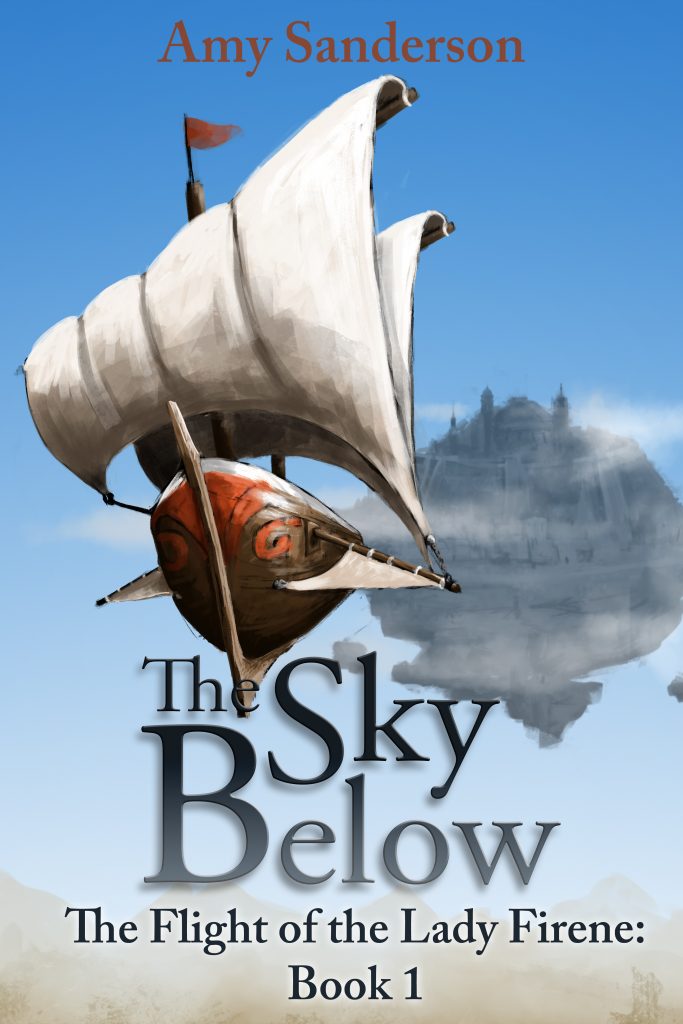 When Fleet and her brother Daryus raid the airship of a rival pirate, the last thing they expect is to end up fleeing for their lives with only a single trinket to show for it. A return to the floating city of Numara in the hope of a safe haven also turns sour, as the city comes under siege from within. Shape-shifting wolves, sea monsters, and strange murders committed by even stranger creatures plague Numara, and Fleet’s ‘trinket’ seems to be at the heart of it all.

Soon, she’s attracting the wrong sort of attention from every quarter: vengeful pirate captains, priestesses, her estranged husband – and the mysterious Shan, who knows more than he’s letting on. As Numara fractures around her, Fleet is left facing the possibility that the item she carries is the greatest threat she’s ever known, and it’s going to tear the city apart.

‘The Sky Below’ is now available just about everywhere. You can find full links below.